Student Abroad provides university and college advice for students worldwide who are considering an international education abroad. Our features willcontain details of hundreds of colleges and universities that are currently recruiting international students.

The main destinations we cover are Australia, Canada, Europe, Ireland, New Zealand and USA but we will also carry features about less traditional and interesting destinations for study such as Japan South America.

What is available to International students wishing to study take Under Graduate or Post Graduate studies is too wide ranging to list here and is available on request.

Term times do defer from region to regions and here is a basic guide.

Most Australian universities have two semesters a year, but Bond University has three. Many universities offer an optional short summer semester. One recent innovation in Australian higher education has been the establishment of the fully distance–online Open Universities Australia (formerly Open Learning Australia) that offers continuous study opportunities of individual units of study (what are called courses in North America) that can lead to full degree qualifications.
Open Universities Australia operates four 13-week study periods each year. Since students study only part-time and off campus these study periods mesh reasonably easily with existing university offerings based on semesters. In some cases, a “semester” is referred to as a “Study Period”, for example by Centerlink.

Most universities and colleges usually run from early September until the end of April or early May. Often, this winter session is split into two terms running September to December and January to April. Various forms of summer studies may be offered May to August. Some, such as Simon Fraser University, run a full tri-semester system, providing full courses during summer. There are a few school boards in Canada experimenting with year-round schooling.

Third–level institutions and Universities run a much shorter calendar, generally from mid to late September, sometimes early October, to December for their first semester. The second semester usually runs from January to mid to late May with a break for Easter of up to a month.

The New Zealand year runs from the beginning of February to mid-December .
.
United States

Three calendar systems are used by most American colleges and universities: quarter system, semester system, and trimester system. These are ways the calendar year, measured September–August or August–August, is organized into a formal academic year. Some schools, particularly some business schools and community colleges, use the minimester or mini-semester system.
The quarter system divides the calendar year into four quarters, three of which constitute a complete academic year. Quarters are typically 10 weeks long so that three quarters amount to 30 weeks of instruction. Approximately 20% of universities are on the quarter system.] Most colleges that use the quarter system have a fall quarter from late September to mid-December, a winter quarter from early January to mid-March, a spring quarter from late March or early April to mid-June, and an optional summer session.
The semester system divides the calendar year into two semesters of 15 weeks each, plus optional summer sessions of varying lengths. The two semesters together constitute 30 weeks of instruction, so that three academic quarters equal two academic semesters. Thus, academic credit earned in quarter hours converts to semester hours at 2/3 of its value, while credit earned in semester hours converts to quarter hours at 3/2 of its value. Put another way, 3 quarter hours is 2 semester hours. Most universities on the semester system have a fall semester from late August to mid-December, a spring/winter semester from early or mid-January to early or mid-May, and an optional summer session.
In practice, the average quarter course is four or five units and the average semester course is three units, so a full-time student graduating in four years would take five courses per semester and three or four courses per quarter.
Some colleges and universities have a 4-1-4 system, which divides the year into two four-month terms (September to December and February to May) as well as a single one-month term in January in which students can do independent study, study abroad, internships, activities or focus on one or two classes 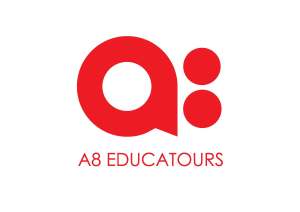 For more information about these or any other programmes, please contact us to discuss your potential