A world of university opportunities: The benefits of studying abroad

Posted on September 29, 2011 by studentabroadmagazine 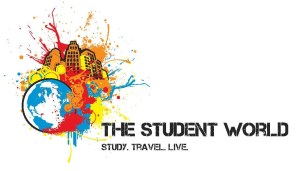 The UK higher-education landscape is changing rapidly. With universities able to charge up to £9,000 for tuition from 2012 and some 200,000 students missing out on a place this year, prospective students could be forgiven for thinking the terrain is simply too hostile and abandoning their plans for higher education.

However, The Student World Fair – to be held at London’s Emirates Stadium on Saturday 8 October – intends to show students that all is not lost, and that the grass might actually be greener on the other side. It’s free to all students, parents and schools, and aims to gather all the information students might need under one roof.

“Studying abroad is a common practice all over the world, but the UK hasn’t really adopted it,” says Jemma Davies of MJD Education, a partner in the fair. “With the rise in fees and competition for places, we don’t want students to give up hope – there are alternatives. You don’t have to take a gap year or start your career, there are institutions around the world who would snap you up.”

Institutions such as BI Norwegian Business School, for example, one of the 50 or so higher-education exhibitors who will be at the fair. “The fair allows us to tell students about the school first hand and what we stand for,” says Feite Van Dijk from the school. “It’s a good opportunity for students to talk to schools and find out what’s in it for them.”

In fact, with exhibitors from the US, Canada, Australia, Japan, Hong Kong and all around Europe, the fair will allow students to find out about career prospects, life on campus and much more, from a wide range of institutions. There will be representatives and former students on hand from every university, so students can ask questions face-to-face.

“We’ve also got interactive seminars so you can learn what to expect in terms of employability if you gain your degree abroad,” adds Davies, “and there are country-specific things too, so you can learn the ins and outs of studying in that place.”

In addition, the Fair will attempt to address some of the common concerns that students, parents and schools alike have about entering into higher education overseas. Cost is a regular talking point, says Davies, “so we’ve got institutions who charge nothing for tuition to those who charge £30,000. There are lots of different options.”

Language can also be perceived as a barrier by many students (62 per cent of those asked by the Fair’s organisers see it as a potential problem), although with the majority of courses taught in English at overseas universities, this is easily overcome. Slightly harder to tackle are the distances involved, but Davies puts this into context: “Driving from London to Newcastle would take you six hours, while a flight to Amsterdam is only an hour, so you can still study in the EU and not be too far away from home.” And for those students happy to put some distance between themselves and the nest, there are options in Jamaica or Australia.

While it’s natural for students to have reservations about heading overseas, Van Dijk believes that it’s only a matter of time until more students begin to look beyond our island: “There are better career opportunities and better value for money opportunities outside the UK. Once a few make that step, others’ll follow.”

If finding out about those career prospects and more isn’t quite enticing enough in its own right, there’s also the prospect of winning £3,000 towards your overseas studies or one of five iPads for all those who register; but the real benefit will be finding out first hand what living and studying abroad is like, says Davies. To get the most out of the day, she suggests getting involved. “Don’t just wander around picking up brochures. Speak to people. Think of realistic questions about practical things, not just queries about the course. It’s hard to get to an open day in Hong Kong, so this your a chance!”

Students can find out more about the fair at thestudentworld.com, which has details of all the exhibitors and a forum. But whether or not they choose to study abroad, it will still be “a fun and informative day out,” says Davies – and it might even open the door to a world of opportunities you never knew existed.