Posted on June 7, 2011 by studentabroadmagazine 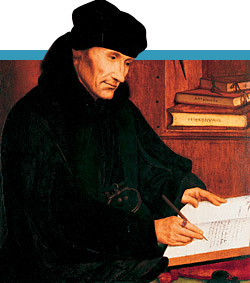 Brussels – More than 213 000 students received ‘Erasmus’ grants to study or train abroad during the 2009/10 academic year – a new record and 7.4% increase on the previous year’s figure. Erasmus is the world’s most successful student exchange programme and, on current trends, the EU will reach its target of supporting 3 million European students by 2012/13 since the programme’s launch in 1987. The three most popular destinations for students in 2009/10 were Spain, France and the United Kingdom. Spain sent the largest number of students abroad, followed by France and Germany. 61% of Erasmus students were female in the year in question. The EU invested € 415 million in Erasmus in 2009/10.

“The Erasmus programme is one of the great success stories of the European Union. The latest figures speak for themselves: Erasmus is more popular than ever and I am committed to securing more resources for it in future. Studying or training abroad opens doors to personal development and job opportunities so we are right to be ambitious when it comes to investing in our young people,” said Androulla Vassiliou, the European Commissioner for Education, Culture, Multilingualism and Youth. 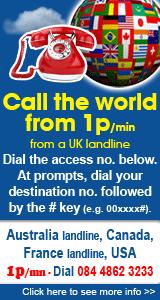 Of the total number of students supported through Erasmus in 2009/10, 178 000 spent part of their degree programme abroad at a university or other higher education institution in one of 32 countries then participating in the Erasmus initiative (27 Member States, Croatia, Iceland, Liechtenstein, Norway and Turkey. Switzerland became the 33rd country to join Erasmus this year). The number of students choosing the study option increased by 5.7% compared with 2008/09.

Work placements in companies abroad have been supported through Erasmus since 2007 and are increasingly popular. In 2009/10, 35 000 students (one in six of the total) chose this option. This represents a 17.3% increase on the previous year.

The average monthly Erasmus grant received by students fell by around 7% to €254, due to the increased numbers getting support. Demand strongly exceeds the availability of Erasmus grants in most participating countries. A study carried out for the European Parliament in 2010 stated that only 24% of non-Erasmus students reported not being interested in a study programme abroad.

In addition, 38 000 grants were awarded to university staff and teachers to teach or receive training abroad, 4% more than in the previous year.

Background
Learning mobility is a key objective of the Europe 2020 strategy for growth and jobs and the focus of the Commission’s ‘Youth on the Move’ initiative which builds on the success of Erasmus.

An estimated 10% of European students are currently studying or training abroad as part of their higher education; 4% of them receive an Erasmus grant. Last month, the Commission unveiled plans for a new European target aimed at increasing the overall level of student mobility to least 20%.

A recent Eurobarometer survey (IP/11/567) found that many students are thwarted in their ambition to study or train abroad due to a lack of funding. It found that, of those who wanted to go abroad, 33% couldn’t afford it and nearly two-thirds (63%) of those who did had to rely on private funding or savings. “This finding underlines the need to strengthen our mobility programmes, which provide excellent value for money,” said Commissioner Vassiliou.

Erasmus has also helped to make higher education in Europe more international and helped to trigger improvements in course quality, comparability and transparency.

Last month, EU Education Ministers adopted a joint plan to remove obstacles to learning mobility and to boost it through additional financing and curricula reforms.